Should mental health come before physical health? Or should it be other way around?

Dr. Brock Chisholm, the pioneering director-general of WHO, was a psychiatrist who strongly believed in the intertwining importance of mental and physical health. He is quoted as saying:

“without mental health, there can be no true physical health”.

In speaking with the Co-Founder of GoSihat, Wing Hong, perspectives of differing point of views were brought to the table, sparking conversation surrounding this topic. Wing Hong, being an avid fitness enthusiast, drew on his own experiences when saying that the training of his physical health allowed the bettering of his mental health consequently. Minnie, the founder of MINC.Care, credited the betterment of her physical health to the initial betterment of her mental health.

What does Research Show?

It has been proven through years of scientific research that the two forms of health relate closely with one another. In many people who are battling any form of sickness, deterioration of their mental health can be seen following.

Even void of chronic illnesses, we are all probably far too familiar with feeling lethargic or burned out; feelings that can make even the smallest of tasks seem daunting as a result. The way we feel physically impacts how we feel mentally and vice versa. This makes it vital to take care of our health both psychologically and physiologically.

While a well-rounded lifestyle can sound daunting and difficult to incorporate into our lifestyle, it doesn’t have to be. Sometimes, the best ways to make changes are simply by forming simple habits that can go a long way!

There are a handful of ways through which we can improve both our mental and physical health. Though this might sound like a “duh” suggestion, exercising is one of the first ways we can better our emotional state as well as our physical health. Walking for as little as 10 minutes can improve our mood, energy and alertness. Exercising releases chemicals in the brain called “endorphins  ”, often referred to as the “happy hormones”.

Exercising doesn’t have to be lifting weights in the gym or spending an hour on the treadmill. The key with making exercise a habit you can stick to is to find what works for you. If ten minutes of cardio a day is how you fit some movement into your schedule, that’s perfect! You can jog, walk your dog, or even make hiking a hobby you share with friends!

Making small adjustments to your eating habits will take away from the daunting feeling you may have when thinking of eating healthy. Simply using less salt and sugar in meals, cutting down on sugary drinks and alcohol can boost your nutrition value and can even result in a lowered risk of depression! Talk about killing two birds with one avocado!

Not getting a sufficient amount of sleep during the night can not only reduce focus levels, and make moods unpredictable, but has also been shown to increase symptoms of mental health problems. Not to mention, the lower energy levels would cause daily tasks to feel impossible to complete. It’s definitely advisable to catch enough Z’s!

One of the easiest ways to ensure you receive a good night’s sleep is to make your room as cozy as possible; fairy lights, indoor plants and fresh sheets are the way to go! Sleeping well will undoubtedly cause an improvement in your mood and general happiness.

A supportive group of people who can encourage and inspire you are essential and possibly underrated. When speaking of his physical health and fitness journey, GoSihat’s Co-founder Wing Hong, credited his family for verbally pushing him towards a healthier lifestyle.

A sense of purpose and direction can be found via the encouragement of those we love and trust.

Changes definitely don’t always form with ease, and can feel like cracking a glow-stick, but the growing pains are definitely worth going through. With the right intentions, change can be formed through incorporating small habits to our lives. A stepping stone doesn’t always have to be a massive rock!

As long as we nurture ourselves as kindly as we would our loved ones, the right improvements can be made for the better! 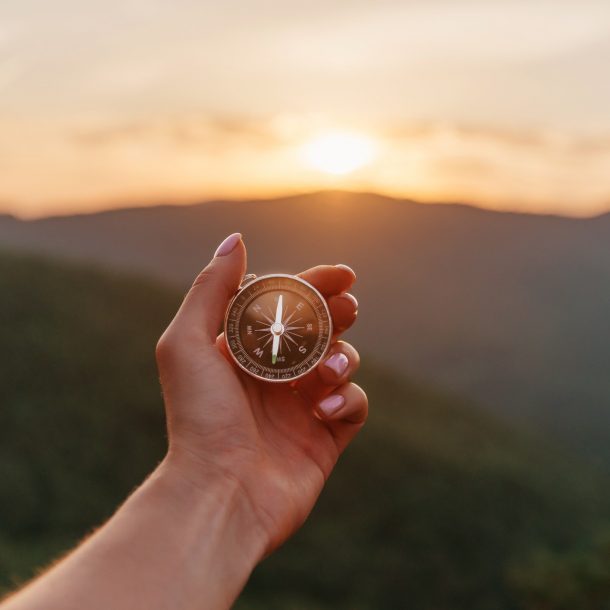 Understanding and Finding Purpose
Next Article

To approach Minnie for her services / colaborations,
please contact her at: